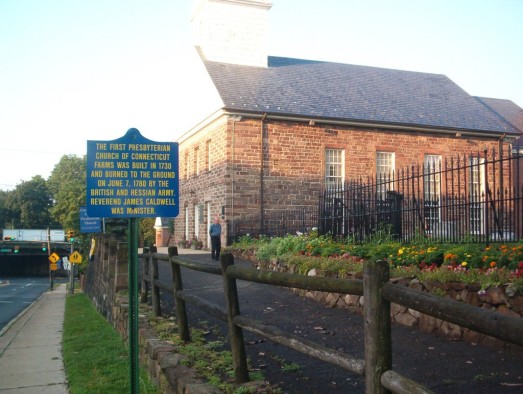 Located at the heart of Union, New Jersey the First Presbyterian Church of Connecticut Farms is the oldest faith community in Union as it was established in 1730 by Puritan farmers from Connecticut when a charter was received from the Presbytery of Philadelphia, Pennsylvania. The descendants of the early colonial settlers decided to build a church in Connecticut Farms; a major agricultural colony and what is now Union Township in Union County, New Jersey. In its rich 275 years of history, the congregation has been served by seventeen ministers and has had its share of peaks and valleys and continues to live by the word of God.

This site and its images are being used for educational purposes only. Though most of these images were photographed by students attending Intro to American Studies 101, some appear to have been taken from other sources. If these images are yours and you wish for them to be taken down, please contact us at amerstudies101@gmail.com.